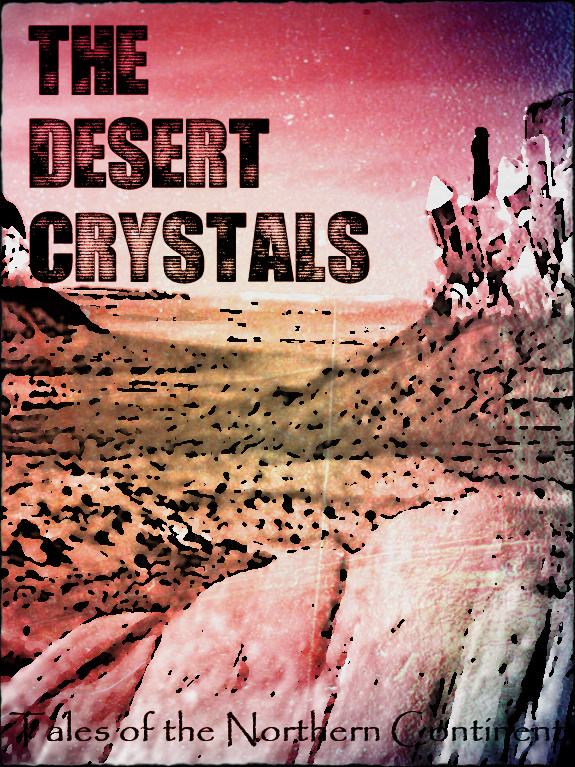 Lord Emmaline Corshorn’s airship The Dove’s Eye raced through the night sky, propellers forcing her forward, in hot pursuit of the creature that had torn the nightwatch mate, Jacob Bublesnatch, from the cockpit while they were thousands of feet in the air. The airship had reached unheard of heights – no one knew what might dwell in such a rarefied and chilly band of the atmosphere. The deck was jammed with men – the full complement of crew and passengers gaping at the sight that offered itself to their curiosity.

To those standing agog on deck it seemed as if a black twisting mass were being vomited upon the airship. In reality it was just the caves of a vast floating cliffside disgorging its armada of winged and clawed monsters upon the airship. That didn’t help with the panic. The presence of the Sky Mountain had already shaken the nerves of a superstitious crew, and the frothing flock of teeth and claws heading their way might have inspired a marine crew to abandon ship. But it was a long way down and aeronauts are of sterner stuff.

Still, the crew dallied; agape and with shaking fingers they muttered, shouted and wailed. Their passengers, by way of contrast were engaged in an escalating argument about the nature of the beasts:

“They clearly have wings of skin – see how their shape is so clearly lined by the moon. Therefore they must be mammalian. How else could they retain their body heat?” demanded Rosenhatch Traverstorm.

“Well, first I’d dispute your assertion by the distance over which you judge them. A closer inspection will doubtless reveal their reptilian nature. Furthermore-” Harvey’s critique was interrupted by a bellow from their captain.

“Man your posts for battle!” cried Lord Emmaline, “Jasparz to the armaments – arm the crew.” His words cut through the nervous confusion, his crew swiftly moved to their places and began handing out the airships weapons. He grimly laid his own pistol on the sill of the cockpit and hardened his grip on the wheel.

The creatures flew directly for the speeding airship. To Traverstorm it seemed like just moments before they met. His eyes were fixed on the incursion, spotting and identifying characteristics, comparing them with his encyclopaedic knowledge of beasts known and rumoured. He cursed under his breath as the first of the swarm approached. Their wings were arranged in pairs, with two pairs of black leathery wings beating in alternate rhythm. Beneath and between the wing beats hung long distended bodies, like the tortured thorax and abdomen of a Gorilla Beetle; hanging off them a thrashing mass of jointed tentaculate limbs, viciously clawed, reaching out for the crew. The face… the head seemed nothing but teeth, slavering lips drawn back taut leaving a ring of fangs to thrust forward, ridged larval tongue lashing out – tasting the air.

Traverstorm hunkered down, telescope in hand, between a pair of burly crew toting rifles and gave them a wide-eyed look, “I’d shoot first if I were you.”

The first wave of winged monsters came within reach of the guns; tattered wings and holed bodies spiralled downwards. The crew were admirable shots, but the flock was undeterred. Thicker and heavier they swarmed the airship. Rifle and pistols discharged, killed, were reloaded and found yet more targets. Presumably drawn by the presence of the men on deck, it took the creatures a few waves before they noticed the balloon hanging above the ship. Dozens of them peeled off from the attack to rush, claws extended at the vulnerable bag of gas. The crew kept their shots away from the balloon. Jasparz, the man who had handed out the armaments watched the beasts begin to alight on the ropes and network that bound the airship together. He waited far longer than Traverstorm was comfortable with before finally calling to the captain,

Lord Emmaline grimaced and flipped open a panel on his console, then flicked the pair of switches beneath. A terrific surge of electricity roared through the cables winding about the balloon, and through the sky beasts clinging to them. They convulsed, then dropped steaming out of the air.

“That should deter them. Keep it up lads.”

The crew continued to fire into the horde, but they were relentless. The first of the beasts gripped the rail of the airship and seized a mate by the face. He fired directly into the creature’s body and it fell back, hauling him over the side. His safety rope snapped out, swinging the hapless man under the airship. His mates moved swiftly to reel him back in, but their action left a gap in the line; the creatures filled it. They swarmed into the space, over the bodies of the men engaged in rescuing their friend. Abruptly they were on deck and behind the crew – as well as in front.

Men began to fall under the clawed onslaught and the crew turned to vicious knives and axes for close quarters combat. A violent stuttering roar filled the air and the wave of crawling stabbing monsters exploded in gouts of gore and chitinous flesh. The crew cowered under the slashing rage of the sound, as their foes were cut to ribbons and hurled from the airship. The roar paused, as did the steady chink of brassy shells that bounced off the deck and out into the void. Harvey had rejoined the crew, a massive spinning cluster of barrels bound to his segmented armour. Firing controls were gripped firmly in his foremost appendages and he clacked his mandibles in satisfaction .

“Apologies for the delay gentlemen, this takes some time to strap on,” the centipede stalked up to the centre of the foredeck and let loose with another pounding salvo into the encroaching pack of demons.

“Captain,” cried Traverstorm, clinging to the glassless hole of the cockpit, “we’ll never hold them off here – they can attack on all sides and their numbers seem undiminished.”

“Once more, my gratitude for your keen observation overwhelms my natural irritation at being instructed in the how best to apply saliva to an egg,” Traverstorm had the grace to at least blush, “that is precisely why we are going there-” the captain thrust his arm forwards. Traverstorm followed his finger. It lead to a vast cave that loomed before them. In the heat of battle Traverstorm had barely noticed that they were still heading for the sky mountain. They were now merely a hundred feet from the cliff – it stretched high above and below them, as if they were falling to earth.

“But captain, we have no idea what lies within!”

“We know what’s out here and we can’t survive it for much longer. In there they will be unable to surround us,” he turned from Traverstorm and bellowed to the crew, “Clear the decks! Prepare yourselves!”

The cave mouth yawned over them and they were swallowed, deck, rigging and balloon all.

Next Week: Part 7 – This Hellish Hole

Dark Thoughts, Wayward Minds I think about dying a lot. Well, sometimes. I don’t have an especially good grasp of the regularity of these thoughts,

The Desert Crystals – The Journals Biologinary #1

Part 1 – A Man May Have A Plan The sun glowered furiously overhead. It sapped what little moisture there was and flung it back