The Desert Crystals – Part 37: Ask Not, Get Not

Last episode (for these characters) 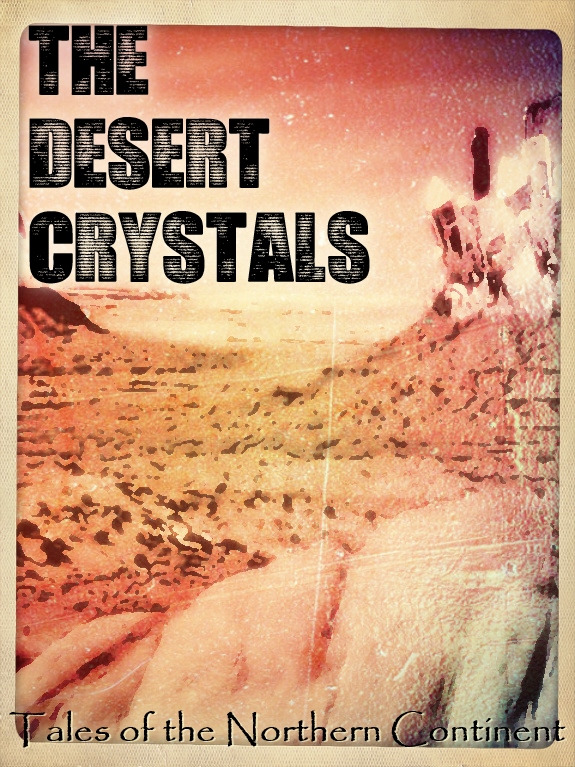 Rectangles of reflected light bounced around the cabin as a tremor ran through Traverstorm’s hand. The scalpel he held wavered and then stilled.

“Give me another drink, just one to steady my hand.” he begged.

“No. You’ve had two, and that’s two more than I’d want anyone to have before slicing my eye open,” replied Harvey, “And my eyes don’t even see colour.”

Traverstorm perched on a camp chair by Jacob’s bunk. Harvey spilled over the opposite bunk and half up a wall, his antennae vibrating with tension. Between them squatted Jasparz, Lord Corshorn’s aide, with a tray of clean bandages, tins and a jar of the purest alcohol in the ship’s stores. There was barely room for their patient. Harvey had carefully torn out the cabin’s window frame to allow as much light as possible into the room. The delicacy of the operation had even demanded that The Dove’s Eye ascend above the gentle breeze for maximum stability.

Traverstorm eyed the jar of Bumblescrape whiskey, licked his lips anxiously, wiped his brow with his rolled up shirt sleeve and once again leaned over the unconscious boy’s face. Jacob was unconscious partly because of the giant mug of Bumblescrape he’d forced himself to drink. Traverstorm was well aware of its humbling potency, having found himself in a bush chewing buttons several times after rather serious nights out. Jacob had been given more than he’d ever considered consuming. With luck that would keep him out for the operation. In case it didn’t, Jacob was also strapped into the bunk at forehead, shoulders, elbows, waist, knees and ankles.

“Okay. It’s going to be fine. I can do this. We can do this. It’s just a little cut.” Rosenhatch’s self-help muttering only reassured himself.

“You need to do it now, look at the boy’s eye,” snapped Jasparz. Jacob’s eye looked as if it were in motion. His eyelids were spread open with the finest tongs in the adventurer’s sampling kit. The eyeball throbbed with waves of movement inside. “Delay further and there’ll be little worth in your knife. If you won’t do it, I will.”

A glance at Jasparz’ leathery and knotted hands proved to be enough motivation for Traverstorm.

“Alright, alright. Now – be ready with the pincers once I do this.”

Another deep breath, another mopping of the brow. Briefly Rosenhatch wished that he had bushier eyebrows. Or that the ship’s Death Cheater were not already occupied in removing slivers of bone from the legs of one of the crew who had taken a brutal spin around the ship. Or that he’d had another drink.

Then it was time. With infinite care and a pounding heart Traverstorm braced himself across the lad’s chest and with the scalpel drew a half inch line across Jacob’s eyeball, just underneath his iris. The surface of Jacob’s eye retreated from the incision, and the cut opened, spilling a thin fluid into his pinioned eyelid. The boy trembled under Traverstorm’s arm and he mumbled in his drunken haze.

“Alright. Pass me the pincers,” Jasparz exchanged the scalpel for the delicate instrument, intended for carefully dissecting insects and splaying their tiny bodies for examination.

There was much swallowing of gorges all round, with the exception of Harvey who had no gorge and instead found his forcipules trembling – those massive pincer legs that reached around his head. It was an especially alarming sight for Jasparz to have in the corner of his eye. In slight fright he set the contents of his tray jingling.

“I’m going to try for them now,” Traverstorm said through pursed lips. Oddly he was more relaxed now that he’d cut the boy’s eye open.

As he leaned forwards again, the pincers aiming for the opening one of the ghastly maggots began to push its way through. Its glutinous head nosed forwards, looking as if it were sniffing the air. Traverstorm quickly pinched it on either side of the head and gently tugged it out. Jasparz choked down a retch and held up the lidded can they’d put aside for holding the things. It twisted around the pincers and Traverstorm tapped it into the can.

Now that there was an exit for the grubs they seemed keen to escape their nest. Although the sight of them was spectacularly nauseating it was certainly making Traverstorm’s job easier. His main concern was getting them out before they tore new holes in Jacob’s eye, which their new urgency to leave threatened.

Traverstorm found that he needed to press down with his fingers on Jacob’s eyeball while squeezing gently around the incision to encourage the horrid brutes to escape only through that gap. It felt like the boy’s eye was bubbling and he plucked out one after another. Each one fell into the heap of its companions and writhed pathetically.

“I think I’ve got them all,” Traverstorm said as the ripples ceased. Jacob’s eye had partially collapsed, with the mass of worms taken away.

“Can you be sure?” asked Harvey, leaning as close as possible, his antennae flexing as he attempted to detect any residual movement in the boy’s eye.

Just as Traverstorm was contemplating the next step of the operation, a huge shape rolled up from under Jacob’s eye socket and wriggled across the side of his eye.

“Oh. Looks like we missed one. Maybe it knows it’s not quite its time yet.” Traverstorm glumly accepted that he was going to need to delve deeper into the boy’s eyeball than he wanted to. He could only hope that he wouldn’t do any serious damage.

“It’s swimming all round the eyeball,” said Jasparz as the shape came into view again, “if you can get the pincers in there and wait for it, it should come straight to you.”

“We’re going to need a bigger hole,” muttered Traverstorm as the grub came into view again. Taking the scalpel again he enlarged the cut by a quarter of an inch at either side. Then he pushed the pincers inside. It felt like cutting jelly with a fork in the dark.

With pincers splayed he waited for the final maggot to slide between the metal bars. Twice it nudged the pincers and moved on, but at last it nudged between the tips of the pincers. Traverstorm squeezed, trapping the creature but being careful not to pop it, and tenderly withdrew the pincers with the last squirming horror. With disgust he dropped it into the can which Jasparz quickly sealed.

Part 34 – Ruing The Day Last episode (for these characters) The coffee was a thick sludge of molten cream and muddy whorls. Estfel sat hunched

The War Alone Day One: Art Class part 1 of 3

Part 1 The sound of glass being punched over and over again, like the crunching of teeth. Spatters of blood flying up the window from