A Rose By Any Name Is Probably Not A Rose 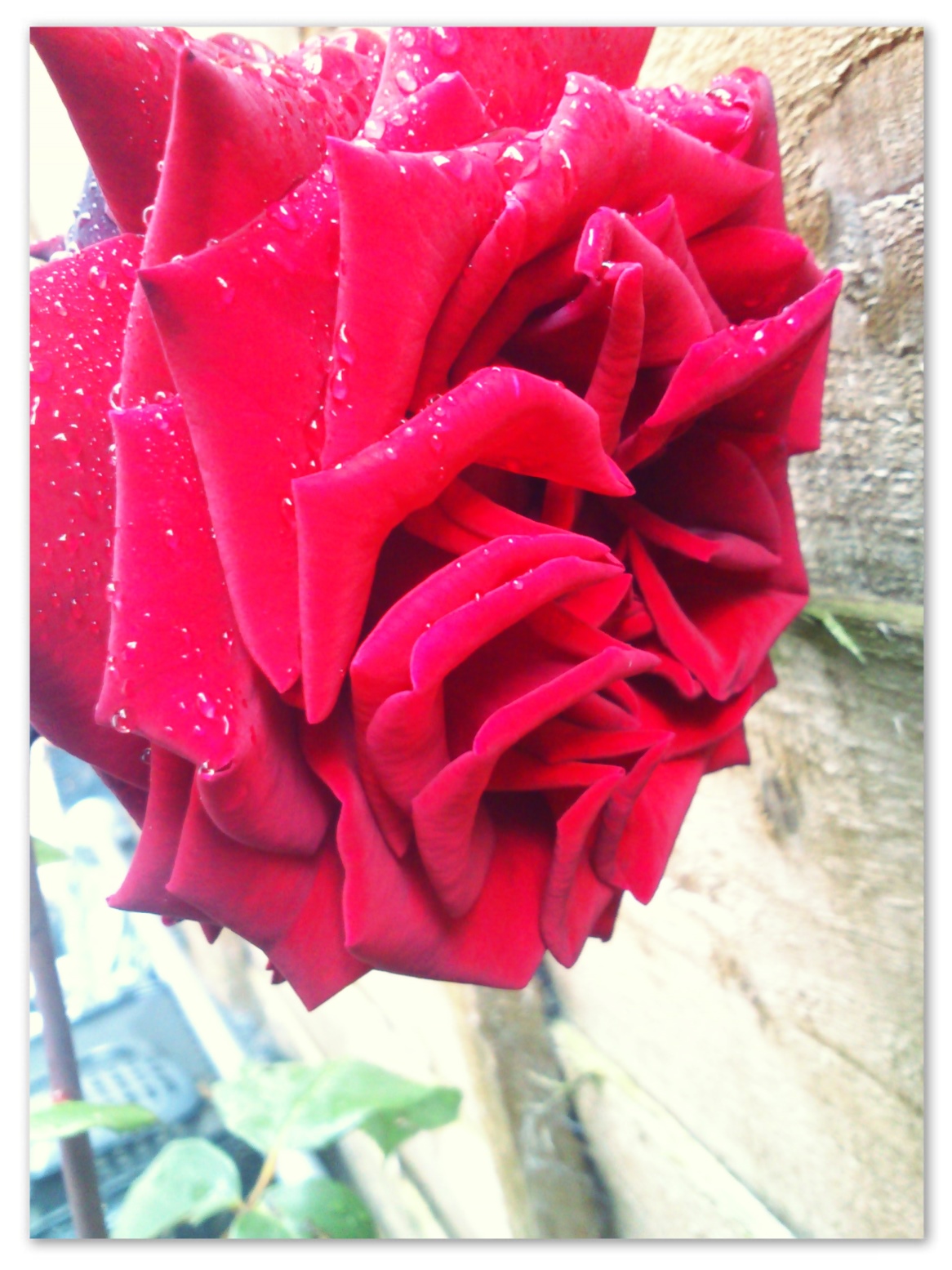 It’s been a nice weekend for buying stuff. I like buying things; I have fully invested my emotions in retail therapy. Obviously Lego just makes you feel better anyway, but other odd items can work too.

Fred Hallam Ltd, the excellent local greengrocer and fishmongers in Beeston is where we get our Christmas trees because they’re good and reasonably priced. They also fall within cycling-with-a-tree-on-my-bike distance, which is really handy as well as a satisfying challenge. They’ve had roses in for the last couple of weeks and we’ve oohed and aahed going past but not quite gotten round to acquisiting any.

We used to have lovely roses in our garden, but then our arsehole neighbours erected a fence and cut us off from the gorgeous roses we’d spent years tending. But enough about those total wankers…

Marilyn lugged two lovely bushes home on Friday yet still desired more. So I went off on Saturday to acquire specifically ‘Moment In Time’ and ‘Together Forever’. I know, “awww”. I like these names; I can say them. Well I found them, and two more climbing roses. We’re going to strangle the fence with them. They’re really pretty and I’m very happy. 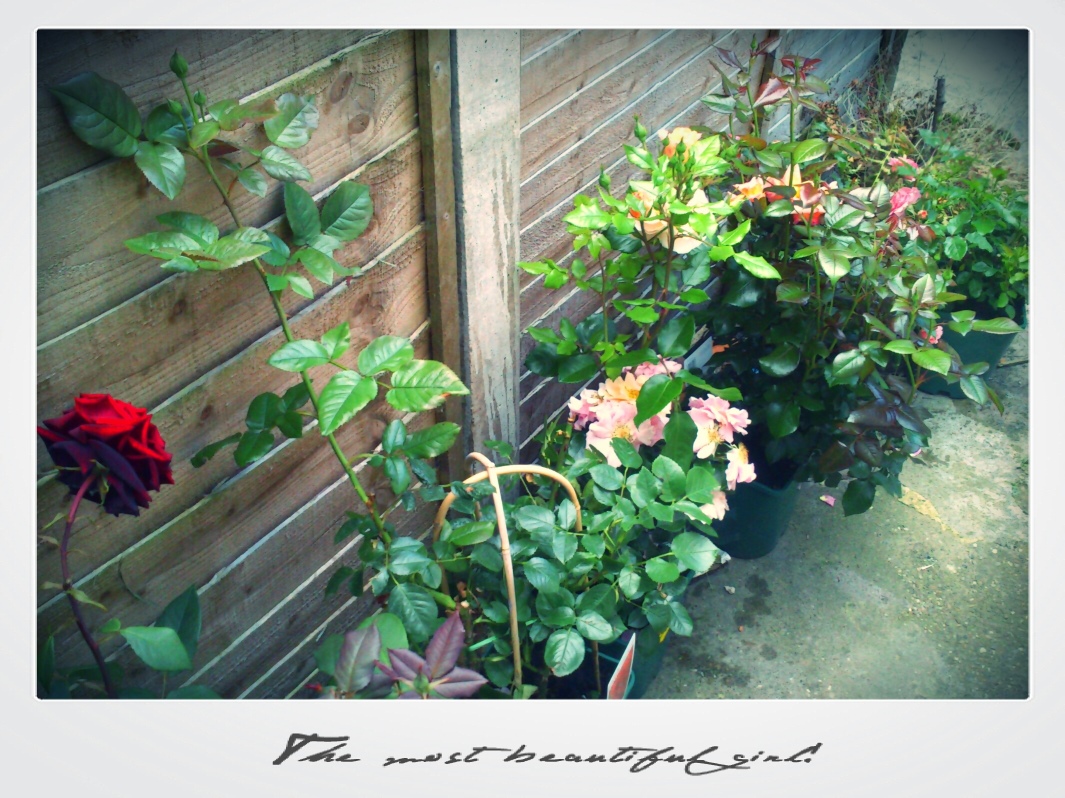 While ambling through town and suffering the terrible disappointment of Greggs having none of their delicious pulled pork barbecue lattices, I sought the solace of discovery. That’s Entertainment is organised in ways I don’t understand – a combination of alphabetic, popularity and genre all at the same time. I found some stuff I really wanted though. Then I turned round and spotted Marilyn flipping through the ‘lost case’ boxes.

Ahhh! It’s been ages since we had a good delve. You do need to be willing to put the time in and tug each disc up so you can check what it is. It takes effort, diligence and hope. We did well. 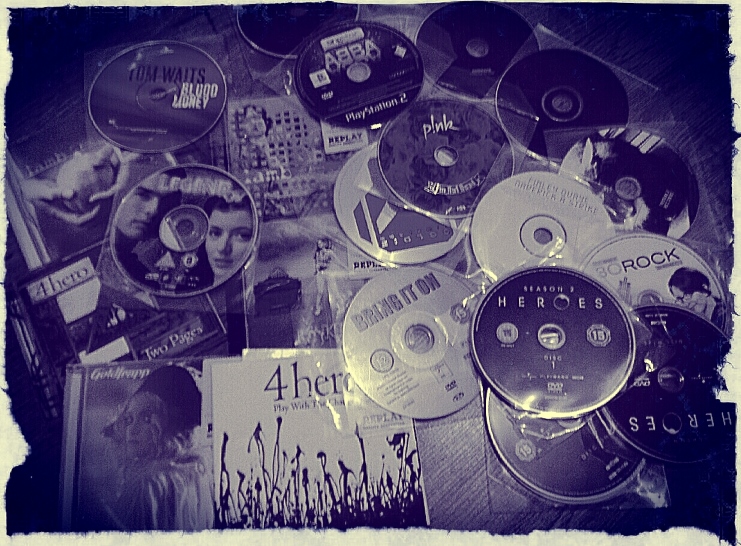 I’m acquiring all the trip hop and drum and bass from back when I paid any attention at all to music and it’s very pleasing to update my Lamb, Goldfrapp and 4Hero collections for very very few pennies. CDs – still cheaper than mp3s, which is absurd. Plus, I love P!nk/Pink, and ABBA.

We’ll also now get a chance to give up on Heroes again. It was one of those shows where they started messing about with the scheduled time, and we just started missing it. Then didn’t miss it. Legend and Bring It On?! Amazing.

So Excited About Transformers: Age of Extinction – I really love Grimlock

Jam show – a chance for anyone to get on stage and have a go at improv games and scenes for the first time, or the fiftieth! David and I shall be reprising Bitchcock Kerfuffle at the end of the night.

Bring Your Own Drinks

It’s My Birthday, Pity Me Yay! I’m on leave for a whole week. Sure that may not sound like a lot, but when you slice

Distractions, distractions So the week of peace and quiet has been followed by a week of bad sleep and stress. Splendid. I suppose that’s the

Week One: Completed I have survived the first week back at work. I was pleased to find it was exactly as stressful and full of