Oh no, I’ve left this too late in the week and now have no idea what happened a mere three days ago! Also, it’s now scorchingly hot and it’s cooking my brain cells. I’ve been thinking a bit about the gummy, elastic chrono-confusion I’m feeling. I think a lot of other folk are too, but figuring out other folks’ memories is definitely beyond me. I never know what day it is any more, and were it not for stopping work at 5.30 each day and those two weird days at the end of the working week when there’s suddenly nothing I’m supposed to do, I’m sure I’d just be working 24/7. That there is no need to get up and function is harrowing.

I’m mostly succeeding at dragging myself out of bed and doing exercise in the morning. Generally it’s running on the spot with weights in our front room (the amazing aerobic powers of Wii Fit) while watching Clone Wars episodes (subtitled) and listening to a handful of the podcasts I’d usually enjoy while cycling each day.  It’s profoundly unsatisfying, plus it makes me sweat, which is awful. I’ve been out for a few cycle rides, but I’ve never been a truly willing exerciser – all my cycling was just a cheaper, quicker way to get to work, with the sublime bonus of a swimming pool around halfway there.

Once I start work, it’s mostly OK. Last week got a bit chilly again and drove me back indoors, but by Thursday I was desperate for a change of scenery and returned to my garden office. It wasn’t warm… But being in a different place helps, because I’m just not seeing enough different places. My friend Sophie (who thinks far too much about far too many things, many of them associated with improv) has ideas about how our lack of different environments, especially in using the same places for a wide range of activities normally in different places, fails to trigger important context switches in our brains. Without those usual changes, everything is just the same and none of it sticks properly. Makes sense to me, certainly at the moment.

This is proper comfort TV. I’m still surprised and pleased by the combination of Jonny Lee Miller as Sherlock Holmes and Lucy Liu as Joan Watson. They perfectly nail the characters, Miller in particular truly captures Sherlock with a captivating performance: equal parts awkward, arrogant, and ferociously interested and invested in their work. Physically he’s gloriously contained and compact, irritating, irritable, witty and twitchy. Liu is the perfect foil. It’s also very reassuring to be back in 2013 era 23 episode seasons. It’s a splendid show, with long story arcs and rewarding character development looping through and around the episodic crime of the week format. It makes me really happy! For my money, this is so much richer and more faithful to Conan Doyle’s characters and feel than the cold, existential BBC drama. These are people I want to spend time with, and gloriously there are another five and a half seasons, making Miller and Liu the longest-running performers of these roles.

I know! I don’t know anyone else who’s had a test, whether they work in a hospital or elsewhere. I received mine because I use the COVID-19 Symptom Tracker app to log my symptoms (or lack thereof) every day. They’ve allocated a bunch of tests to what’s effectively a control group of people like myself who they don’t think have the plague. So I got a test! Weirdly exciting, in the same way as receiving a postal vote. The instructions are impressively massive for a relatively simple process, and all the bits were included. First step: book the courier to pick it up using an online portal. Second step: register the test online. Third step: take the damn test. Two places are swabbed, with varying degrees of discomfort. First the back of the throat, pretty much where my tonsils would be had I not had em yanked out years ago (cue lots of gagging and drooling) Second as far up your nose with the same swab as you can, and swivel… That’s more unpleasant, and it did feel a bit like I was poking myself in the brain. But it’s fine, and nothing to worry about. A chap came to collect it on Sunday. I feel like I’ve contributed something concrete, which is rather nice. Oh, and my test came back negative. I’ve rarely been so happy to fail a test… 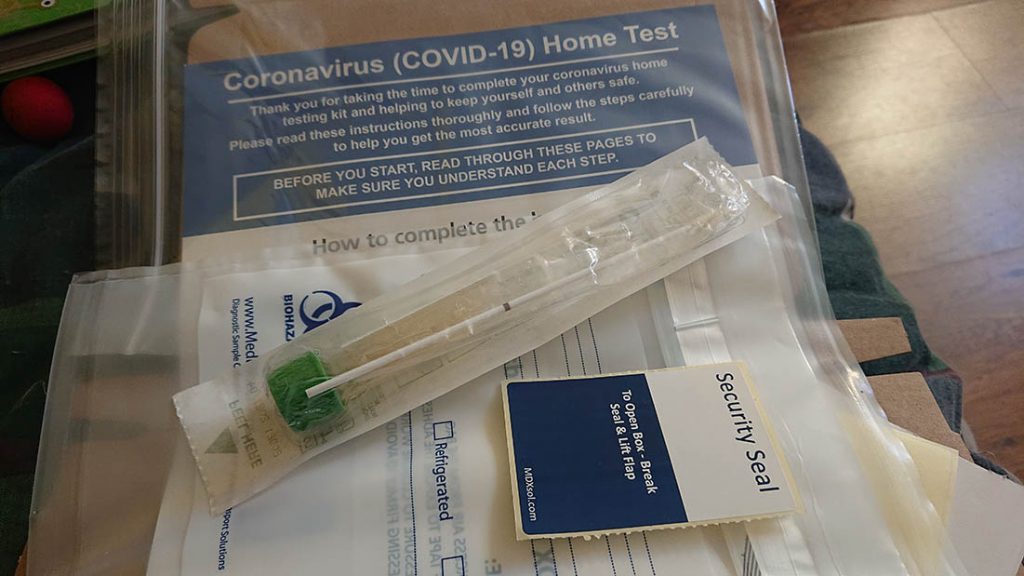 Another cool recorded workshop, this time an intro to musical improv. I fear it, yet this is a lot of fun. Good for pretty much anyone, of any age, no matter your imagined singing proficiency.

I can’t tell you too much about this one I’m afraid, but I spent a chunk of last week getting lost in the first of our Marvel novels to enter the Aconyte Books production line. All I can say is it features a popular and somewhat snarky female character, and explores her past and present. Vague enough for ya? It’s great though, funny and action-packed with a strong voice. I’m so pleased we’re making these novels!

After dismantling and washing this lovely modular build out in the sun the previous weekend, I’ve reassembled it! So many pieces just arrayed together on a tray is oddly intimidating, and it felt like it took me forever to re-assemble. It was worth it though. There’s a plethora of cool and cute features inside, plus some clever building techniques I’d love to master, or at least remember…

I’ve been agonising over buying Mandalorian LEGO sets for a while. I love the show and I wantses the LEGO, but they’re pretty pricey. I can’t justify the Razor Crest – the only set with a legit baby Yoda – for £119.99 for a quite ugly grey set. This was my alternative, netting me an official Mando minifig, Cara Dune (one of my faves from the show) and a pair of grumpy Klatoonian raiders.

Fractionally more colourful than most LEGO Star Wars sets, this is a joy to assemble. The cockpit is ingeniously assembled and has a lot of character. It takes plenty of stickers to make this such a pretty set, and I’m increasingly skilled at applying them (hello, samurai sword paperknife). The minifigs are lovely and detailed (though I’m actually favouring the knock-off Mando I think – more on that another time), and the guns are absurd. Just look at that lovely raggedy AT-ST!

All our guns are too long

Blocks and Bits Now I keep my Lego separated by colour, but there are many many dinky tiny pieces that vanish amongst the vast mass

Towering Inferno I like towers; I like building them. There’s a lot of appeal to their height and for me, the way they go straight

Lego Mini Figures of Doom! My other half and I got addicted to Lego minifigs when they started releasing them in series of blind bagged