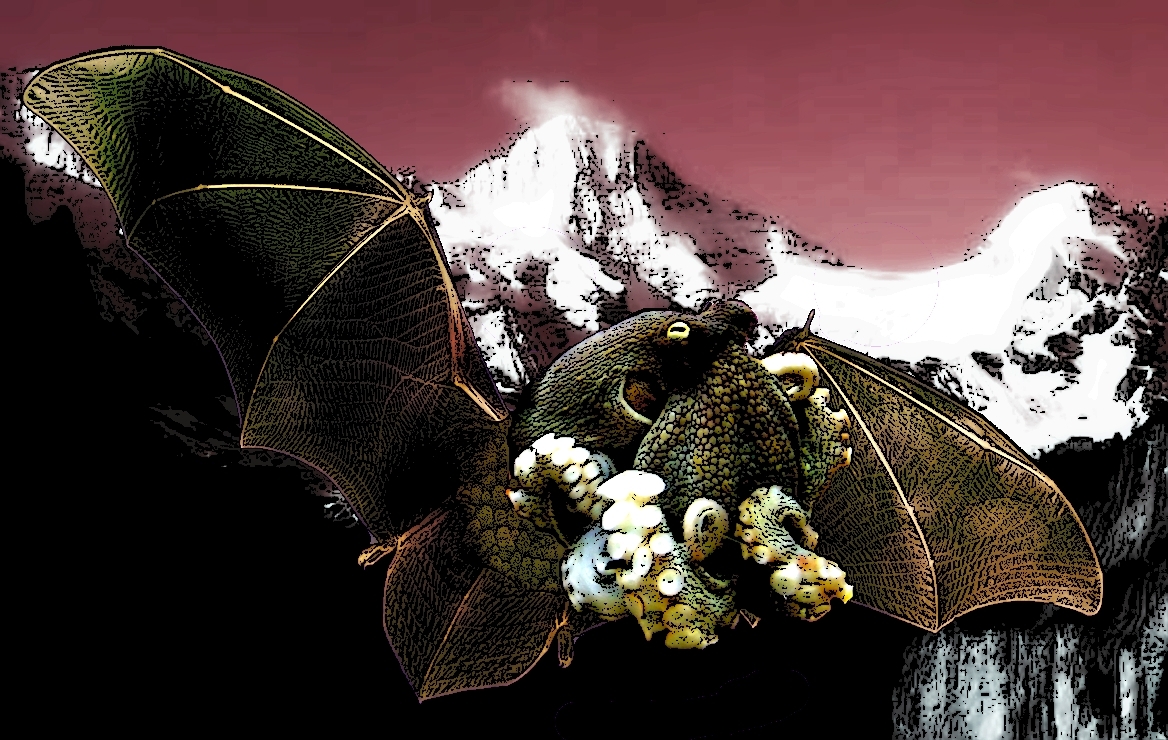 In my grandfather’s attic there was a chest. A simple, wooden box banded with brass. Locked, but no match for an enquiring mind and a screwdriver. Within I found a book, bound in a curious soft leather and containing scrawls of a language I could not read and the hasty, agitated notations of my grandfather. Those I could read.

The book spoke of the Elder Gods who nestled in the dark and cold of space, cocooned in the holes between the stars. They were creatures from outside of our time. They were here before our universe and would return to claim it.

Madness. I placed the book on a shelf and forgot about it.

It didn’t forget about me though.

The dreams began weeks after I’d touched its pages. I would wake up cold with sweat, shaking at the after-images of the ancients unfurling their wings across the horizon, tentacles coiling around the Moon and drawing it to the Earth.

At work I’d collapse as my colleagues’ flesh evaporated in a roar of steam; the building crumbled; the very air howled out of the crevices humanity had hidden itself in. All sucked into the maw of the unimaginable creature drinking the life out of our atmosphere.

I could not bear to sleep, I couldn’t handle work. I returned to the book. Where grandfather’s writing had once seemed legible it paled now into foreign sigils. The formerly dark mysterious script beneath it danced before my eyes, its meaning apparent and awful.

The Gods were returning, my dreams merely a taste of things to come. Our life was an insult to their own. An insult to be repaid in pain and fear.

That night they came for me. They insinuated their way into my apartment, took my body from me and bound it to their will.

The dreams are gone now. I don’t need them anymore. I know what’s coming, and so will you. Soon.

Posted for fun in a 300 word format on: TheShortestFiction.com