I’m finally up to episode 6, of a mere 446 podcast episodes (excluding special episodes and a bunch of other cool things), which is slightly daunting. I built this one before Christmas, but I’ve been so busy doing, um, nothing that it’s taken me this long to sort the pictures out. Plus Flickr was twatting me about for a couple of weeks. Not my fault… Anyway, this was a fun little illustration – small but packed with unnecessary details.

Read and Listen To The Story

You have to do this now:

Here’s the full story: Mulligan Smith in The Trunk

It’s a neat little episode, in which Mulligan Smith gets brained in some folks’ kitchen and is then locked in the boot of a car. I’ve only done the first half of the episode – I still need to think of a good way to do the end where Mulligan shoots a guy through the boot.
I was quite taken with the idea of doing a kitchen. I’d left insufficient space in FP004 to do a proper kitchen, and in any case it was tightly bound by walls and you couldn’t see it. I can do better! For the first time I built the stuff I wanted in the space first and then made a base and walls to contain them. This works much much better.
I spent a very happy afternoon building sets of drawers, sink, an oven and hob, fridge. They’re all quite neat and compact which was very satisfying.

The television set took an unreasonable amount of time to build, so that the screen is set back inside the box. The chairs and table are also fairly neat and spartan in bricks. I like making all the jars and bits and pieces, to give it the proper ‘mom and pop’ feel to the kitchen, hinted at by Jrd likening the old fella to Lloyd Bridges (well, that’s how it spun out in my imagination anyway). It also seemed a perfect time to use a load of the gorgeous lavender and purple bricks I’ve been hoarding.

The actual bit of the story I was going for is this bit:

“I edge into the kitchen, hands out, figuring I’ll play it like the ambassador of peace. Instantly the noise vapourises and everyone is staring at me like its breakfast and I’m a leprechaun that’s just burst out of their box of Lucky Charms.
“The three of them were standing around a shiny kitchen table – Mom, the lead actor from Sea Hunt, and a shaggy bushman who looks like he’s spent the last six months in the wilds of Alaska wrestling fresh salmon from the maws of grizzlies.
“I must have looked pretty surprised as well, the guy was holding a cleaver that looked like something out of a mid-’80s slasher movie. Long and hefty – the kind of thing they probably used in abattoirs around the turn of the century.
“Anyhow, the larger problem was that I’d found myself right beside the guy – from the hall it’d sounded like he was on the far side of the room but when I entered he was close enough that I could smell his beef jerky breath and see the grease in his ratty beard.”

I think I’ve got enough surprise in the old folks, and a decent amount of menace at poor Mulligan.

I knew I had the perfect body and head for the bad guy, and how could I refrain from giving him an Uruk Hai sword? He looks as if he smells… I’ve also swapped Mulligan’s usual noggin for the sweat beaded one.
There’s a real lack of grey hair styles in Lego – I’ve only got the lady’s hair because we acquired the Lego Thanksgiving Feast for Christmas. Equally I don’t have any subtly lined lady faces. It is our constant endeavour at the Lego Shop to find more female faces and hair.

I think the guy is a reasonable Lloyd Bridges… 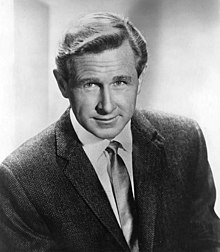 There are some more pictures of the details here, on Flickr including a thrilling video fly by: https://www.flickr.com/photos/eric_the_bewildered_weasel/albums/72157663878759306